Today we will explore the most popular trains in New York:

Once a part of the New York Central Line in 1853, the Adirondack Scenic Railroad continues the tradition of transporting passengers in upstate New York. The excursion train of today travels between Utica, Old Forge, and Big Moose, offering daily service during the Spring, Summer, and Fall.

Several specialty trains take advantage of the beautiful landscapes in the Adirondacks on specific dates throughout the year.

The train is pulled on standard gauge rails by a fleet of diesel engines. The rolling stock is made up of private cars and coaches from the 1920s through the 1950s. The railway also offers rail bikes for groups of people looking for more direct involvement in their “locomotion.”

The railroad has open seating with two classes of service on its daily routes:

The Adirondack Scenic Railroad offers one-way and round-trip options between its daily stops. They are as follows:

The Adirondack Scenic Railroad has regular train service in Spring, Summer, and Fall, with specialty trains running on specific dates year-round. Check out their schedule here.

In 1880 the Buffalo, Arcade & Attica Railroad began as a partial line between Attica, New York, and Pittsburgh, Pennsylvania. Begun as a narrow-gauge railway, the tracks were standardized in 1895. Less than 20 years later, decisions were made to close this section of the line.

Local farmers and merchants needed the railroad for transporting livestock, products, and cargo so they pooled their money and came up with $79,000 to purchase the line, creating the Arcade & Attica Railroad Corporation. They still retain ownership, and the railway continues running freight services and passenger excursion trains.

Running on standard gauge rails, the Arcade & Attica moves its scheduled weekend trains with a steam engine. However, the engine is in for much needed repairs and a vintage World War II diesel will be pulling rolling stock for all trains during the 2019 season.

All seating is coach class, with assigned seating in any one of six enclosed coaches. The round trip from Arcade to the Curriers Station takes approximately 90 minutes, including uncoupling the engine and moving it to the back of the train for the return trip to Arcade.

All train rides originate at the Arcade depot, traveling to Currier Station, where the engine is uncoupled and moved to the back of the train for its return trip. There are no side trips available.

The Arcade & Attica Railroad runs every weekend from Memorial Day through the end of October. Specialty trains take place on specific dates throughout the year. Check out the train schedule to find your perfect trip.

Built in 1868, the Catskill Mountain Railroad has descended from the Rondout & Oswego Railroad and is considered a heritage railway, connecting the Hudson Valley with the Catskills. Originally created to haul quarried rock, cargo, and farm products to New York City, today the railroad offers passengers transport through the scenic landscapes of the Catskill Mountains, just as it took vacationers to the hotels and camps in the region for the last sixty years.

The Catskill trains are pulled by diesel engines on standard gauge track. The rolling stock consists of Kingston coaches made by Pullman and restored swift electric coaches.

All trains, with the exception of the Polar Express, are open seating in general admission on any of the enclosed coach or open gondola cars. Passengers may move throughout the train, but children must be accompanied by an adult.

The train leaves the Kingston depot, venturing up Hurley Mountain and eventually returning to Kingston. There are no one-way tickets or side trips available.

The Catskill Mountain Railroad runs trains from Kingston, New York on Saturdays from June through Labor Day, with specialty trains scheduled on specific dates well into December. Take a look at the train schedule for days of service. 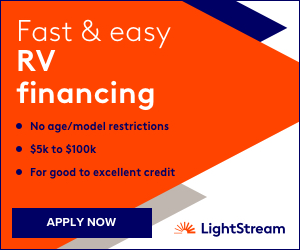